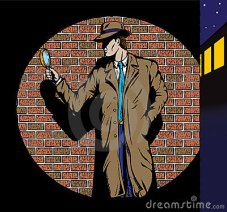 Whether you’re are writing a story, a play, a movie or television series, it all contains plot.  Before character, plot is probably the most important part of writing anything.  Make sure, your plot is solid and make sure it makes sense.
In today’s television it’s called the Arc.  Each season reveal parts of the story that leads to the inevitable climax.  It doesn’t matter whether it is a comedy or a drama, it all contains an arc.  Sometimes that can change.  Shelly Long decided she wanted a movie career and left Cheers, that essentially changed the whole dynamic of the series.  Rebecca Howe was brought in as Sam’s new love interest and you never knew till the end of the season whether they were going to get together or not and to make matters more compelling Shelly Long came back as Diane to throw a monkey wrench into the plans.
Burn Notice’s Arc also change, but not because someone left the show. Season Six, Michael finds the man who burned him, it was his former mentor and boss deep inside the CIA and he kills him.  This leads to season 7 being about a man hunt, then Michael cutting a deal with the CIA to go deep undercover to catch someone the CIA wants badly.  During this season Michael realizes that his life with Fi is more important and he fakes his own death and gets out never to be seen again.  However this is not the ways shows used to be when I was growing up.
I remember shows of the 1970’s.  I found myself frustrated.  Take detective shows.   The formula was standard.  The teaser always started with some crime, the detective solves it and that was it.  Can you imagine how boring that was.  What it ended up doing stifling the characters to the point where they were never fully developed.  There are a few shows still done like this, but most of them don’t last.  And unless the dialogue is any good, it never keeps me watching.
Just like the name makes the character and the character makes the name, the plot creates the character.  No plot, no character or sustained series. That was the problem with television for so many years. It wasn’t called the idiot box for many years for nothing. Then the writers became better, Producers suddenly realized we weren’t stupid and they changed things.
The landscape of television changed in the 1980’s with a little cop drama called, “Hill Street Blues.”

Hill Street Blues was different.  It dealt with the cops in a fictitious precinct.  When I say it dealt with the cops, it didn’t just deal with a case they were working on, it dealt with their lives in and out the precinct.  It was the first show, that dealt with plot and character. It was so fresh, so raw and different from any cop show that I had ever seen before, that I had to watch it every week and I did faithfully on Thursday nights on NBC. Other shows began to follow suit.  Shows pop up like Saint Elsewhere, Magnum PI, Simon and Simon all using the same device, all making sure that plot came first which helped developed the character.  In this way, Hill Street Blues changed the face of television shows and how they are developed. Now they added the story arc as a big element.
Currently I am trying to watch two shows.  Mr. Robot(That’s been on hold because I can’t find the current season streamed anywhere) and the second it the Blacklist starring James Spader as the charming criminal Raymond Reddington.  I am one season behind at the moment.   The show is basically about a criminal and his connection to this FBI Agent named Elizabeth Kean.  He brings her a list called the Blacklist.  The way Ray Reddington describes it, these are cases of the hidden criminals, the ones that not any Governmental agency knows about, but Raymond Reddington does, because he has dealt with most of them in one form or another.  Raymond is attached to Elizabeth, because he knows who her mother is.(Sort of similar to my idea with the Third Eye.)  Some of these cases bring her closer to what happened to her parents.  That’s the Arc.   Again that’s similar to the Third Eye.
The arc is always there and if you’re writing a series, you must always be conscience of it.  Each season should lead to that climax of the series.  One of the things I am learning is to build it slowly.  Don’t give everything away to early.
One of my methods is to create a series exposition. The series is episodic, so it allows me to do that..  The first two episodes set up Drake’s past. The third has been about Kitty’s past. By the time we get to four, we know what makes both of these characters tick. By the time I am halfway through the season, I’ll have a good set up to drive my arc each season.

Hi, my name is Peter Murray. I am a script writer and this blog is a rebirth for me. I started it three years ago, but I could never find the time for it. Now that I am between jobs, I decided to start again. My background is unique. My father is a retired theater Professor and Actor and both my parents acted at a Summer Stock theater for close to 60 years. So it was natural that I became interested in theater. At first I wanted to be an actor and I went to Johnson State College in Vermont with that specific purpose and received a Bachelor of Fine Arts degree. Somewhere along the line, my love for writing scripts took over. I have written a few plays, two produced in Vermont and New Hampshire. I also have written a few screenplays and I am currently working on a television pilot. Here's hoping I can network and have someone buy it. Now I am writing this blog with an idea of sharing ideas with other script writers. I hope you will come visit as I plan to share a lot of content here. Remember if your a script writer, the script is the thing. View all posts by petercmurray26