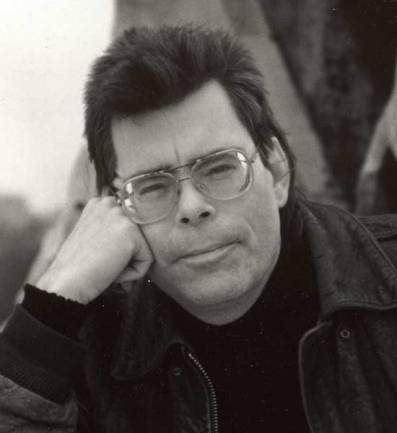 Okay, I admit this.  I haven’t read one Stephen King novel.  Never read Carrie, never read the Shining, never read Dead Zone.  It’s not that I am a King snob, or think his writing is bad.  How can I?   I have not read the man and this is something that certainly needs to change.

Even though I have never read King, this does not mean, that I am not a fan, because the man has certainly written enough books, that have made millions for him, through Hollywood, whether it be a movie or a television series.  Mostly, movies.  I have watched a lot of his books turned into movies, The Original Dead Zone, The Green Mile,  Shawshank Redemption, and the Shining are are fine examples.  All of which had made me realize that King’s stuff, when put into the correct hands is gold.  He’s an interesting writer, because King’s material is a little horror, a little Sci Fi and a whole lot of thriller and mystery.  He definitely knows how to weave a plot and come up with something that will keep you wanting more.

All this talk of Stephen King, leads me to a series that came out last February called 11.22.63.  A few weeks back I stumbled upon the trailer and  filed it away for the future.  Today, I decided to watch some Seinfeld on Hulu and I saw the trailer again.  I was curious and found myself sucked into the first two episodes.  I found it a very intriguing, interesting idea.

The title for 11.22.63 is significant to the story, because it is the day before JFK was assassinated.  As you can tell the story revolves around that time period.  The story takes place in Lisbon Maine  and stars James Franco

and Chris Cooper.  Franco plays English Teacher Jake Epping, who is friends with Al Templeton(Chris Cooper), who runs the local diner.  The Premise is simple.  Templeton develops cancer and when Franco confronts him about it, Templeton reveals a deep dark secret in the diner, which may or may not have caused his cancer.  In a closet at the back of the diner is a  rabbit hole(Time Portal)which takes Epping back to October 1960, the year Kennedy is elected.  Templeton realizes he hasn’t much time left and talks Epping into finishing his work, which is to prevent the JFK assassination.

I’ve watched two episodes so far, but the story is compelling enough to assure me that I want to go further and see what happens.  The acting in 11.22.63 is very solid.  The writing and storyline well crafted.  James Franco, doesn’t do too much and he doesn’t need to.  He keeps Epping fairly cerebral.  Chris Cooper is great as his mentor and friend Al Templeton.  If you haven’t checked this nugget out, it’s worth a look.   I’d be curious to see what others think.

Hi, my name is Peter Murray. I am a scriptwriter and I started this blog as a way of promoting my own writing, which is mostly plays, screenplays and television scripts. bMy background is unique. My father is a retired theater Professor and both my parents acted at The Barnstormers Summer Stock Theatre in Tamworth New Hampshire, which was founded by my Godfather, Francis G. Cleveland, who was the son of President Grover Cleveland. Having all that history within my family and a Godfather who started a theatre, it was natural that I became interested in theater. I attended Johnson State College in Vermont with the specific purpose of becoming an actor. However, scriptwriting took over. I have been writing plays since I was about twelve. I would see a Barnstormer production and say, I can do that. Yes I could do that, but in those early years, not so well. As time went on I became much more proficient with a good ear for dialogue, plot and character development. I have written a few plays. Two were produced in Vermont, a one act for First Night in Burlington called "KIng Stud," and another titled Crossing The Bridge. The latter was also taken to the Barnstormers and done at the professional level with my Dad directing. My other writing includes a few movie scripts. One is a trilogy I am working on called Derby Double. It's an action adventure sports series dealing with Soccer. Another script is called the Third Eye about a metaphysical detective(Currently trying to work that into a television series.) And currently I am working on a television series about my childhood, both here in New Hampshire and England, where I lived for five years. I call this series, "Letters from England." I have five episodes in the can and you can read them here. View all posts by petercmurray26